With the ability to freeze action at up to 1/63,000 of a second, shoot bursts of 20 images per second and sync with camera shutter speeds as fast as 1/8,000 of a second, Flash manufacturer Profoto has launched what it describes as the fastest TTL monolight heads in the world. The heads come in two output varieties, 500Ws and 1000Ws, with both featuring full TTL control for Nikon and Canon users via the company’s AirTTL 2.4GHz radio system. The heads can also be controlled in manual mode with 10 stops of output in 1/10th stop increments. 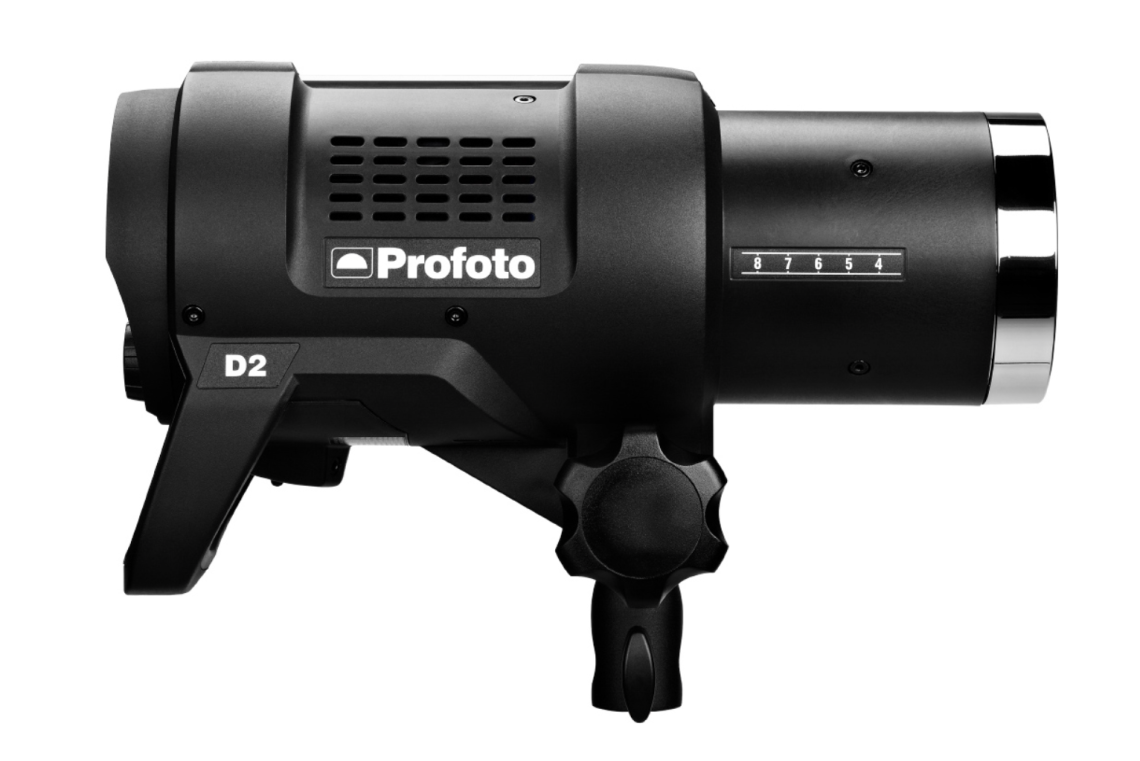 “For a photographer, every new day is a new challenge. So for them, speed isn’t one thing – it’s many. That’s why we created the D2 to be remarkably fast in every way” says Johan Wiberg, Product Manager at Profoto.

A photographer might need to freeze action with absolute sharpness. The D2 brings pin sharp clarity with a flash duration of up to 1/63.000 of a second, which makes it faster than most high end studio packs on the market. Better still, it offers supershort flash duration across the full energy range.

If flash duration is exceptionally fast, recycling time is equal to it. With the D2 you can shoot up to 20 flashes per second . That allows you to catch 20 versions of the same moment, and quite often that’s the difference between capturing a good image and a great image.

Bringing yet another dimension to speed is Profoto’s High-Speed Sync technology (HSS). This allows the D2 to sync with the fastest shutter speeds available. An advantage when you need to catch a deep blue sky or take full control of ambient light.

The D2 can also help to speed up workflow because it’s equipped with patented TTL technology. You can point-andshoot and the D2 will automatically adjust its output for perfect exposure. But manual mode is available at click of a button, so switching between both modes with settings intact just makes everything move faster.

In terms of output, the D2 is available in 500Ws and 1000Ws versions. At full power you’ll easily overpower the sun, or fully illuminate a larger Light Shaping Tool. Both versions come with a super wide 10 f-stop energy range and superior color consistency over the entire range. So leave the ND filters at home and add just a hint of light if needed.

Above all, this is Profoto Light Shaping equipment. So the design is smooth and minimal, it’s intuitive to use, the build quality as you’d expect, is rugged and sturdy, and it can be used with more than 120 different Light Shaping Tools.

“We designed the Profoto D2 to be the world’s fastest monolight,” says Johan Wiberg, Product Manager at Profoto. “But the speed is not a gimmick. We truly believe that more speed allows you to be more creative and consistently take better images regardless of what challenge you face – with the D2, you’re always up to speed.”

For high volume production when you shoot thousands of images per day, like packshot photography, there is an optional Quartz flashtube available.

The D2 released on Sept 15, 2016. Both the 500Ws and 1000Ws versions are available in different kits configurations and will be available in India soon.

There was an error retrieving images from Instagram. An attempt will be remade in a few minutes.